A wonderful holiday in Moscow and Leningrad 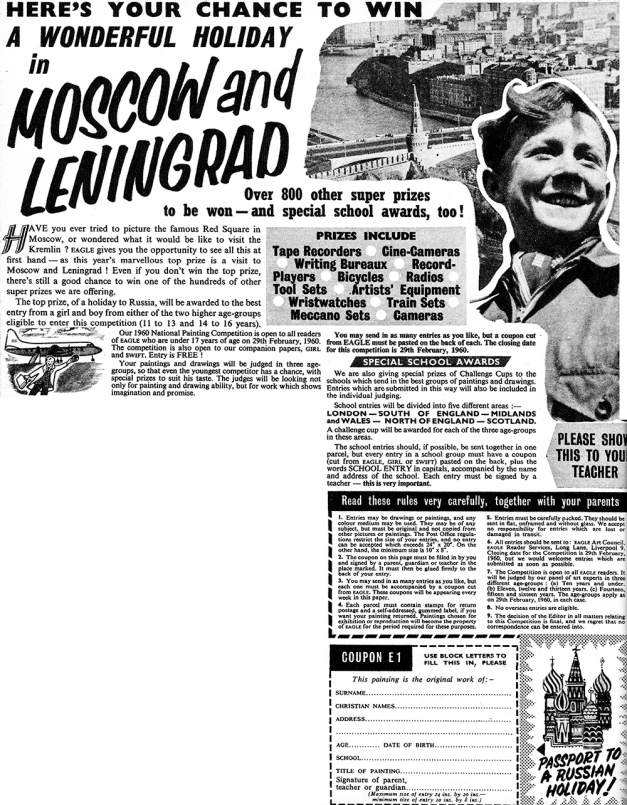 Seriously, this had to be a bizarre and wrong competition prize even in 1960. I think it’s a safe assumption that both then and now, relatively few children have a burning ambition to go on holiday in Russia. The only person who immediately comes to mind as voluntarily having a holiday in the USSR in the early 1960s is Lee Harvey Oswald, and we all know how that turned out.

You should be able to click the image and enlarge, but the short version is that for no apparent reason Eagle and its girly counterparts wanted children to do paintings– and actually send in the paintings– so they could be in with a chance of visiting the Kremlin. Most of the other prizes are actually appropriate and fairly sane, with the exception of “Writing Bureaux.” Yeah, I’d have been thrilled to win a writing bureau when I was eleven. The paintings were to be judged by the mysterious “EAGLE Art Council” in Liverpool, which adds another layer of Cold War Manchurian Candidate weirdness. Was the competition some kind of esoteric personality test or psy-op intended to uncover superior child agents? Did all the other prizes have Soviet bugs inside them?

I wonder which lucky boy and girl won the prize, what their art works were like, and whether they came back from Leningrad as brainwashed assassins.

Next month in Eagle: The clever boy who writes the best essay about the destruction of corrupt, decadent, Western Imperalist dogs will win a smashing activity fortnight in a very jolly training camp near sunny Pyongyang!

NEW! A wonderful postscript via Sean Vicary on Twitter, posted here with his permission. This photo from 1976 was taken during his first family holiday abroad… in Moscow and Leningrad. My mind is totally blown up like superior Soviet nuclear weapon launched against many sites in capitalist Europe and United States. спасибо, comrade. 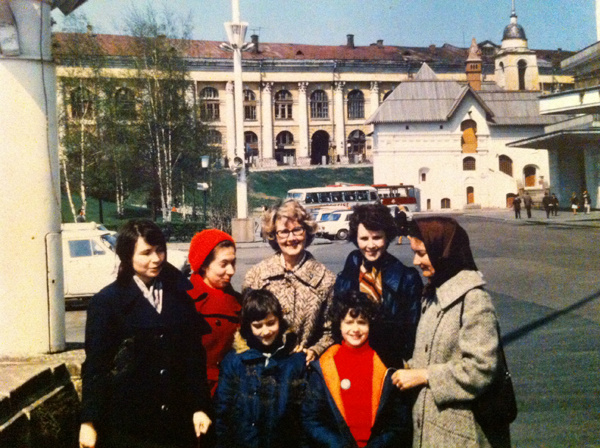 2 comments on “A wonderful holiday in Moscow and Leningrad”