“I wonder if they’ll be humans or vegetables?”

If anyone can transform the drinking of fruit and vegetable juice from a quotidian activity into a disturbing maelstrom of sexual confusion, the Japanese can. And they will. And they have. Behold the Japanese ad campaign featuring an apparently sane woman who is none the less inexplicably having a slightly angsty sexual relationship with a man made from vegetables. Or she’s not sane at all and we’re witnessing a severe form of schizophrenia. In either case, somebody took the brand name I Love Vegi a little bit too literally. You can love vegetables without making love to vegetables, OK?

女性「あなたなんて好きにならなければよかった」Woman: It’s weird that I fell in love with you, but I’m glad.
ベジ「それは、僕が野菜だからかい？」Vegi: Is it because I’m a vegetable?
女性「あんなに・・・嫌いだったのに」You don’t… dislike me that much, do you?
ベジ「そういうものみたいだよ、恋愛って」Vegi: It’s like, this love thing, what is it?
女性「ねぇ、ベジ」Woman: Hey, Vegi.
ベジ「ん？」Vegi: Yeah?
女性「もし、もしもよ、私たちに子どもができたらさぁ・・・」Woman: I wonder, I wonder if we had children…
ベジ「え？」Vegi: Huh?
女性「人間かなぁ・・・野菜かなぁ」Woman: Would they be humans… or vegetables?

I suspect they knew this was perverse, which is why Vegi is seen reading a book called LÉGUME et FEMME (Vegetable and Woman– he’s obviously a fetishist, like a Japanese man who’ll only date white French women), but really there are so many questions raised by this ad, most of them with horrifying implications or answers. It seems pretty clear that this couple are having intercourse, or she probably wouldn’t speculate about having babies with him. How does that work? What’s his penis made of and how would it impregnate a human woman? She dates a vegetable man but drinks pulverised dead vegetables right in front of him(?) Does I Love Vegi juice actually exude from Vegi man in some way? Is this woman some kind of Dr. Frankenstein of the fresh produce section, did she build this man herself? Are there vegetable women, too? Does Vegi need to be kept in the fridge so he doesn’t spoil and attract flies? Does he have internal organs made of vegetables? Or is he hollow like a mannequin? Is he just an undifferentiated solid mass of vegetables all the way through? What does he eat? Could somebody or something consume him? If he was locked in a hot car all afternoon would he wilt and liquify? How do all his bits stay together and animate? Imagine this woman giving birth to a vegetable or even worse, giving birth to a hybrid human-vegetable. Maybe something a bit like these children, but all messed up and mutated like Jeff Goldblum in The Fly. 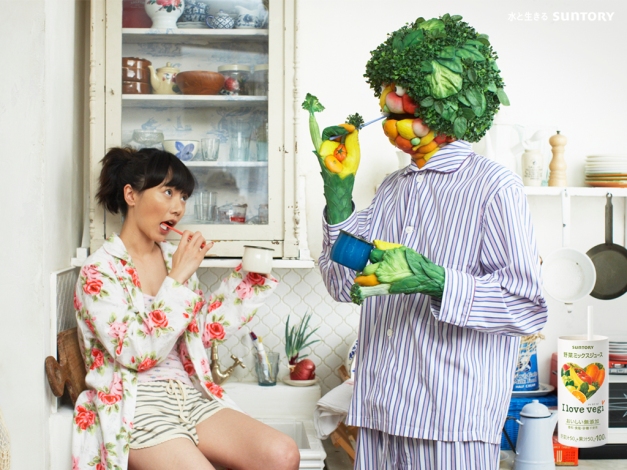 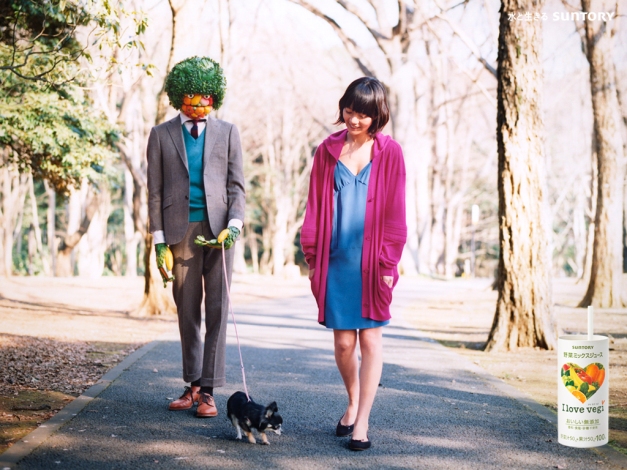 “I wonder… if me and Mr Snuggles had children, would they be humans or chihuahuas? 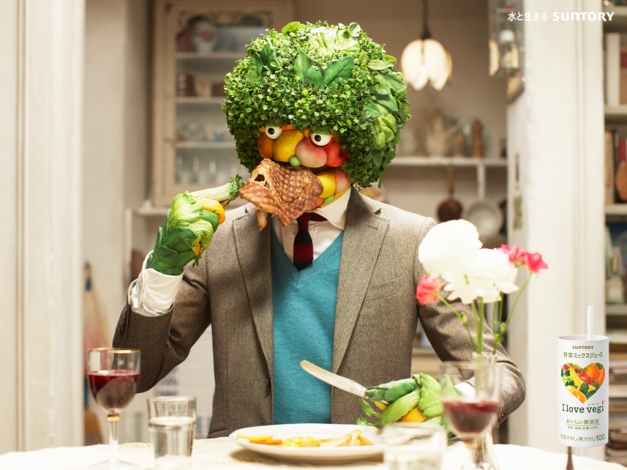 One disturbing question, disturbingly answered… he eats vegetables. And… is that a pork chop? 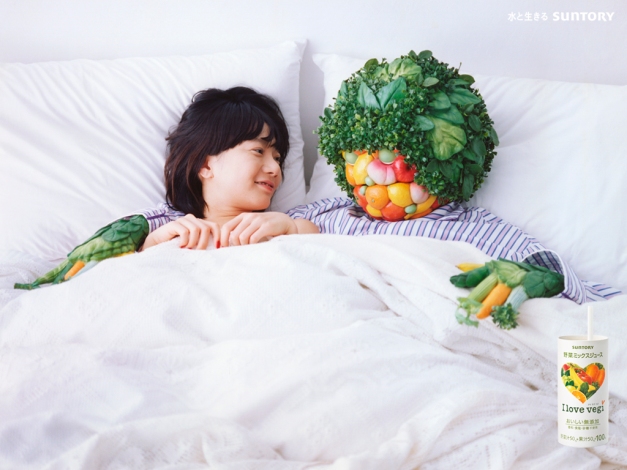 Yoko Ono started to regret taking so much acid before she and John went to bed. 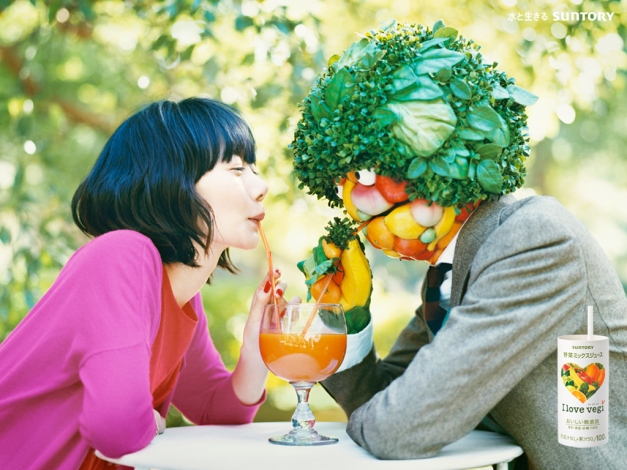 (Thinks) Ugh, how did I never realise it before? She’s made of MEAT.

2 comments on ““I wonder if they’ll be humans or vegetables?””