A selection from a folder on my hard drive that I’ve not touched for ten years, containing numerous pictures of archaic costume from around the world. What a shame it is that these are archaic; what a shame that the most boring and generic items of Western apparel have almost entirely become the whole world’s de facto uniform. And how beautiful and diverse a globally connected world could be if it meant we all had access to a massively expanded potential wardrobe of practical modern items derived from these local clothes that were still in wear during the nineteenth century and well into the twentieth in some cases. You probably wouldn’t want to go for the full Malay actress or Kalmuck gentleman, but there’s shoes, dresses, coats and even hats here– although nobody really knows how to wear hats nowadays, at least not without looking like a complete tool– that would be much more appealing than the sea of branded trainers, sloppy leisurewear and ill-fitting two piece suits that are seen on the streets of most towns and cities in the world now. Not to mention a much more creative and much less colonialist way to celebrate our global and national heritages than Steamfuckingpunk. There must be something we can do to put a stop to Steampunk.

As with everything I’ve been posting under the HD detritus tag, I don’t know where these come from, not the original book and not the online source. My descriptions are based on the file names and/or whatever I can decipher by squinting at the original German captions. These costumes are all of the nineteenth century and some are clearly based on photographs, so the engravings can’t be any earlier than about 1840. 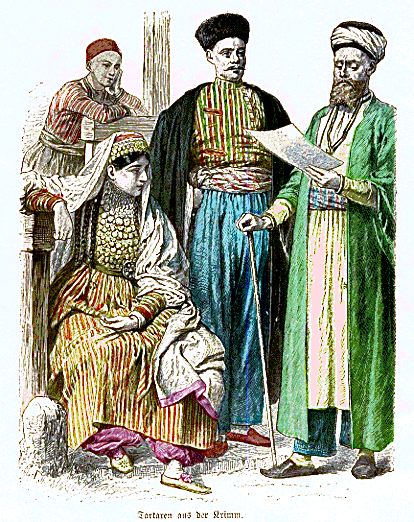 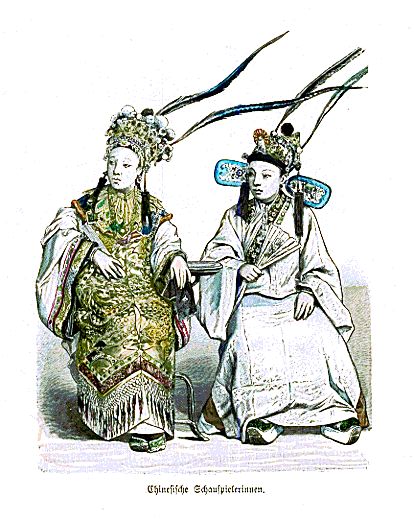 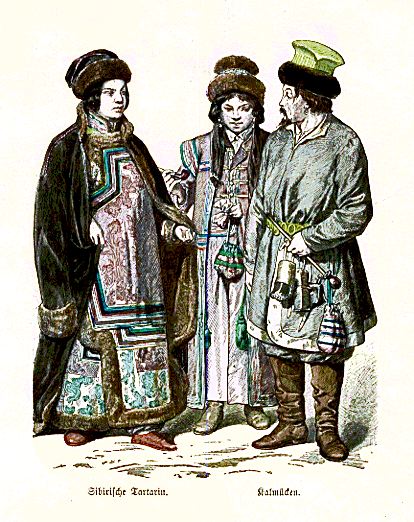 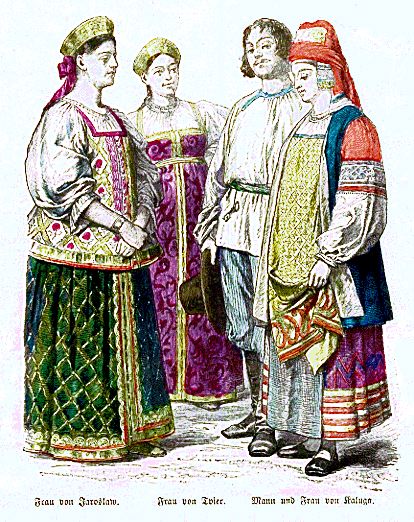 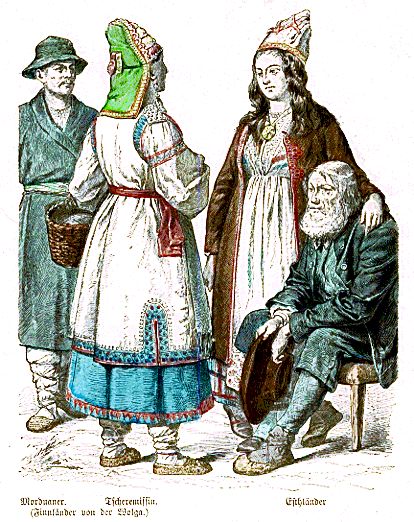 Finns from the Volga, Cheremiss woman and man. 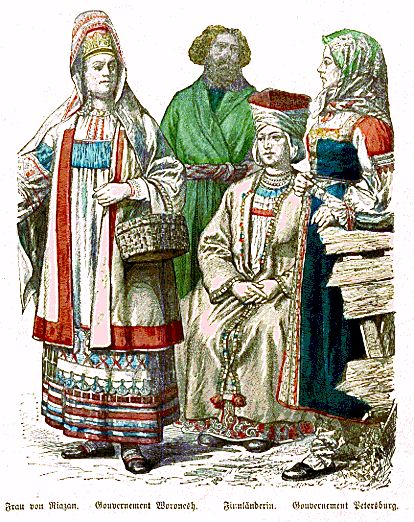 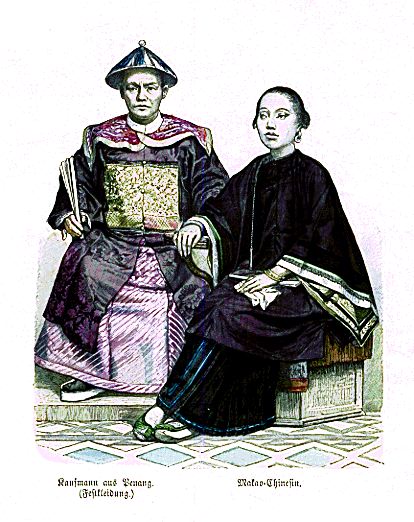 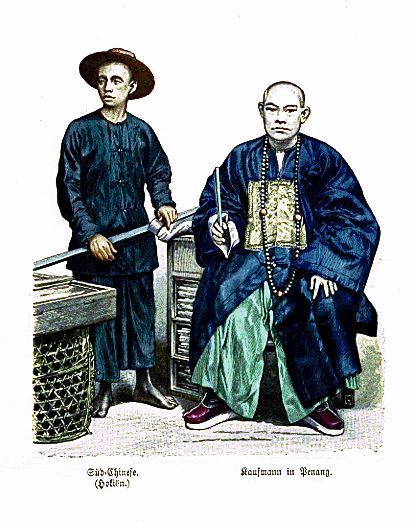 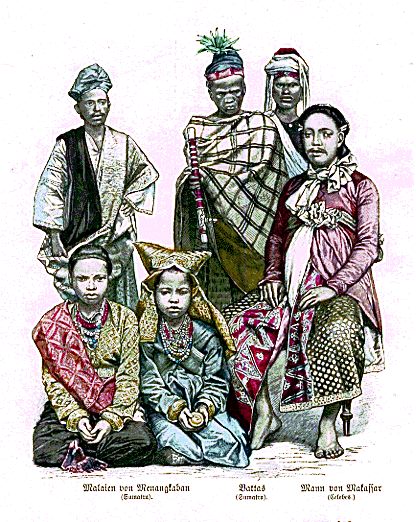 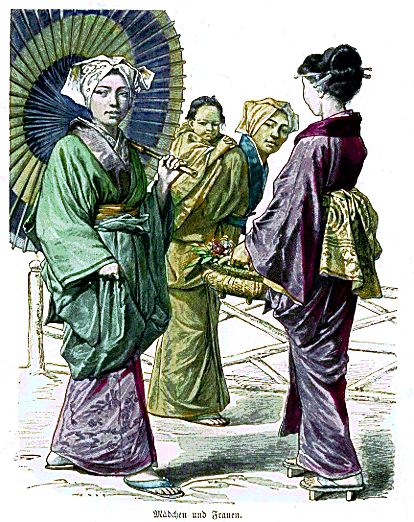 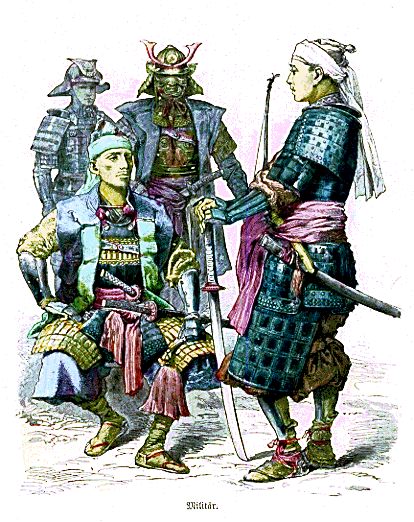 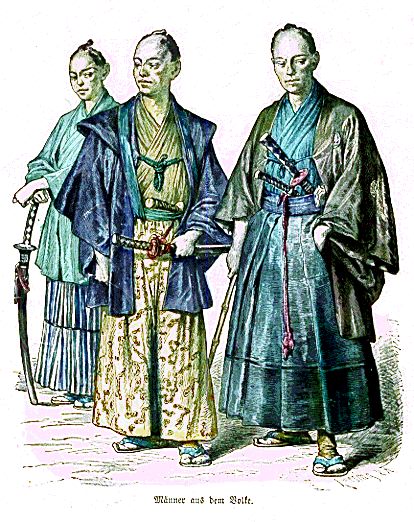 This is labelled “commoners” but these Japanese men are carrying the katana and wakizashi, which only men of the samurai class were permitted to do. A chonin (middle or merchant class) man could carry the wakizashi (short sword) alone. 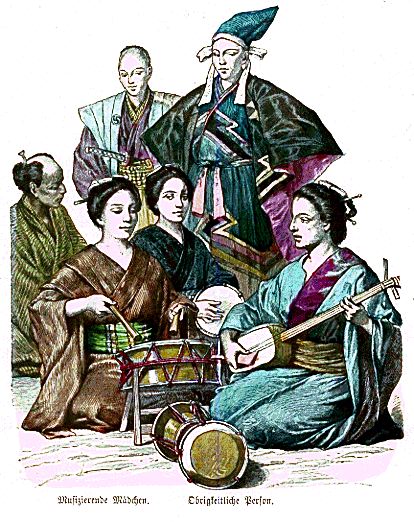 Japanese “Authority girls” according to the caption- perhaps from the authorised red light district in Edo (Tokyo)? 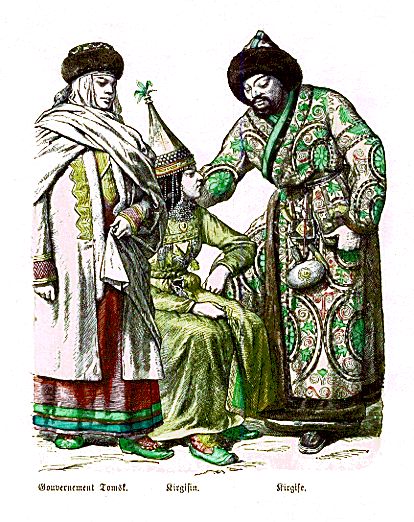 A governor (?) of Tomsk, Kirghiz woman and man. 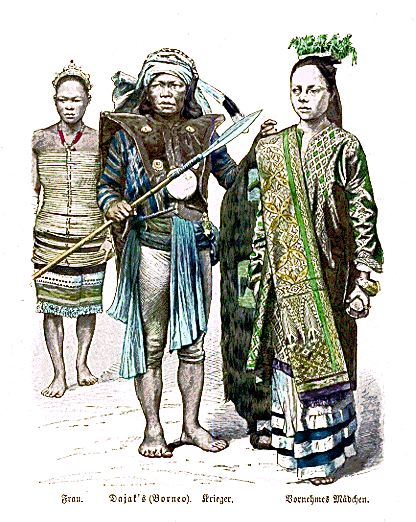 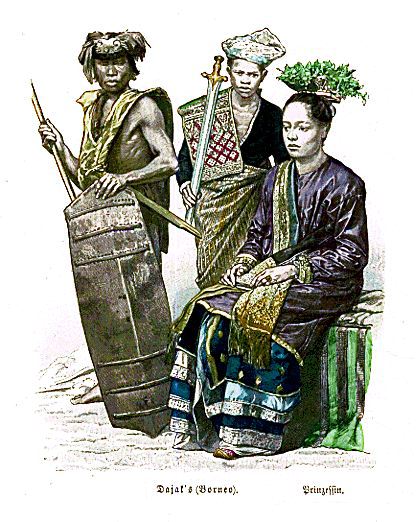 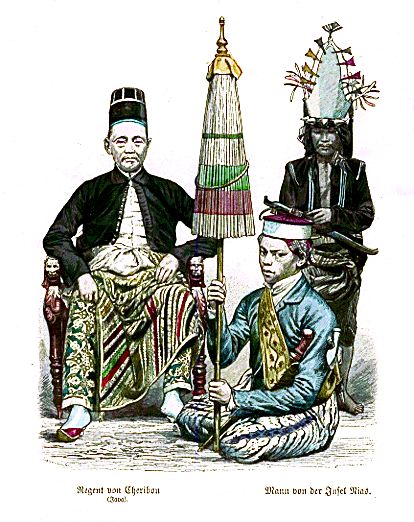 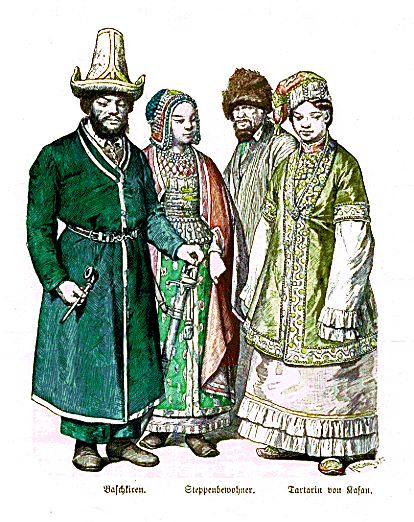 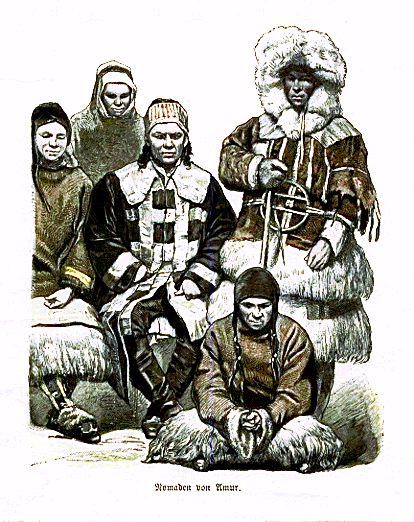