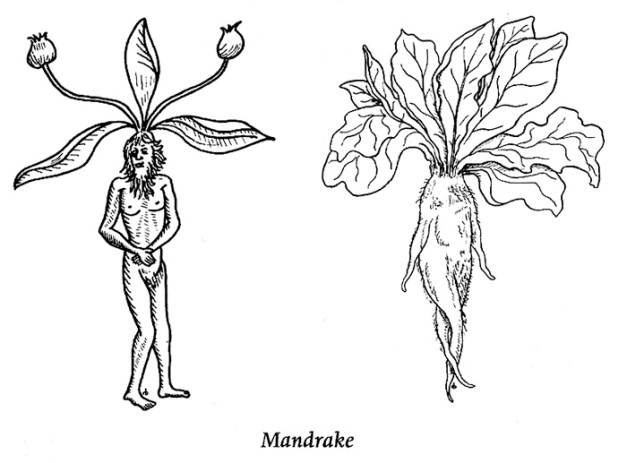 “The mandrake root (Atropa mandragora) grows naturally in the shape of a human being. Because of this it was once believed to have great magical properties and would fetch a high price when sold. The more it looked like a human being, the higher was the price that could be obtained. Because of this, many magicians were not averse to modifying the plant as it grew. They would find a young mandrake and carefully dig it up. Examining it, they would cut away small pieces to make it look more human, even carving a face into it if necessary. They would then place it back in the earth and let it grow for another month or so… by the time the mandrake was fully grown, when dug up it looked as though it had grown naturally looking exactly like a human being, and so it could be sold for a very high price.” Signs, Symbols & Omens by Raymond Buckland. 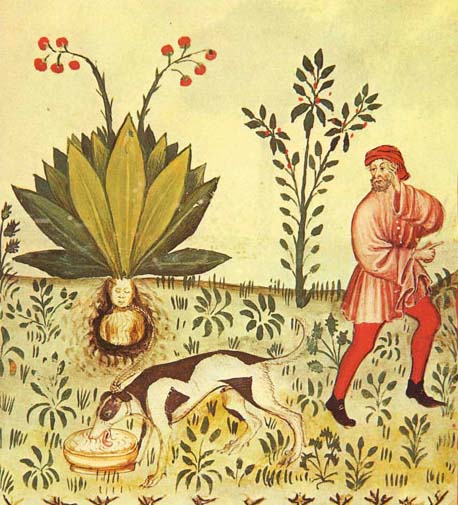