One, two, you’re coming for Freddy 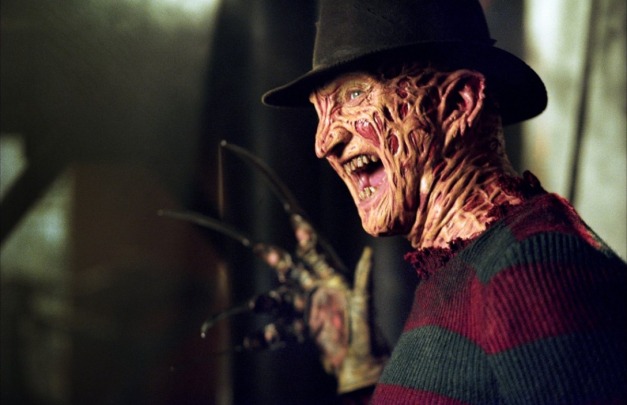 If you ever watched horror films in the 1980s or 1990s and thought to yourself “Freddy Krueger’s OK, but what this keloid-deformed, ultraviolent, serial killing child molester really needs is fishnet stockings and a massive rack”, then today you have finally hit the jackpot, my friend. A Japanese company is now offering this bishoujo Freddy statue, or “stuatue” as they have it on their site. I know by now it almost goes without saying that if we discover a highly inappropriate item has been sexualised, then somebody Japanese will probably be responsible. I take a glass-half-full attitude towards this fact, though. These figures are very, very wrong but bless your filthy, weird, perverted Japanese minds.

Bishoujo or bishōjo (美少女) means “beautiful young girl”, and is usually taken to mean a woman younger than university age. Given the obvious intent behind this item, it’s reasonable to translate the figure’s Japanese name into English as Barely Legal Freddy Krueger. Their tagline plays on the Krueger playground rhyme heard in the films (i.e. “One, two, Freddy’s coming for you…”): 1つ、2つ、フレディが来るよ・・・美少女になって！ My Japanese isn’t great, but I think this could be translated idiomatically as “One, two, Freddy’s coming… and becoming a girl!”

They also point out that she’s standing in a pool of blood– which is always good fun, isn’t it?– and furthermore she has a “nice chest” and a “thigh gap”, i.e. the tops of her inner thighs wouldn’t touch each other even when she’s standing with her feet together. For those fortunate enough not to know already, it is my sad duty to report that this latter fetish item is the most recent body dysmorphic, mostly impossible beauty ideal being pushed by the fashion world and its related fucking-with-the-minds-of-women and normality-pathologising industries. It’s also worth noting that Freddy has used her trademark murder weapons to cut herself on the shoulder and thigh, because there’s nothing sexier than self-harming anorexic teenage girls, right?

Jailbait Jason Voorhees (from the interminable Friday the 13th series) is also available, and she too seems to have experienced some difficulty in dressing herself sensibly. Doesn’t she get chilly dressed like this, hiding in the bushes and spending ages inside cupboards or under floorboards preparing for that perfect kill? This relentless, remorseless killing machine has an axe, a machete, the iconic hockey mask, “powerful sixpack abs” and, most crucially of all, large breasts. 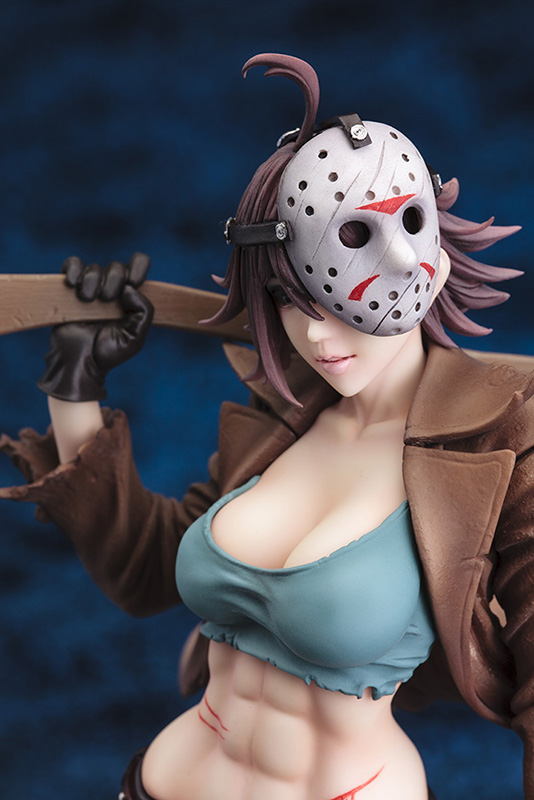 2 comments on “One, two, you’re coming for Freddy”