My kingdom for a wearable futon 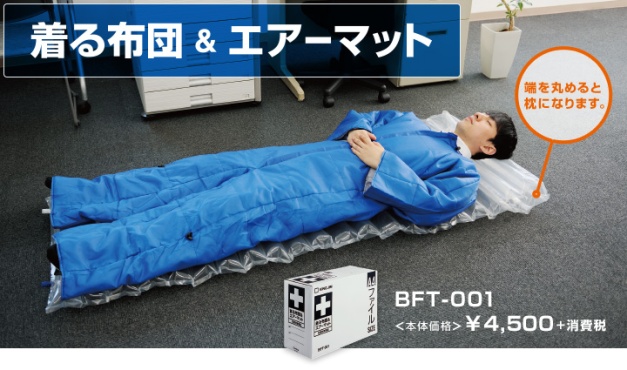 Japanese office supply company King Jim offer this lovely wearable futon and air mat set for a mere ¥4,500 (about £25, €30 or $40), because Japan. It’s ideal for those times when you’ve come to hold your own life and dignity so cheap that you’re willing to voluntarily wear a futon at your workplace and sleep next to your desk like a dog. The title in the blue box says “kiru futon & eaamatto” (literally “wear futon and air mat”). The kit also contains an air pump. I once slept on a legit air bed for far longer than is sensible and it nearly crippled me, so I’m guessing this glorified packing material is hardly better than the office utility carpet from which the air mat is supposed to protect you. 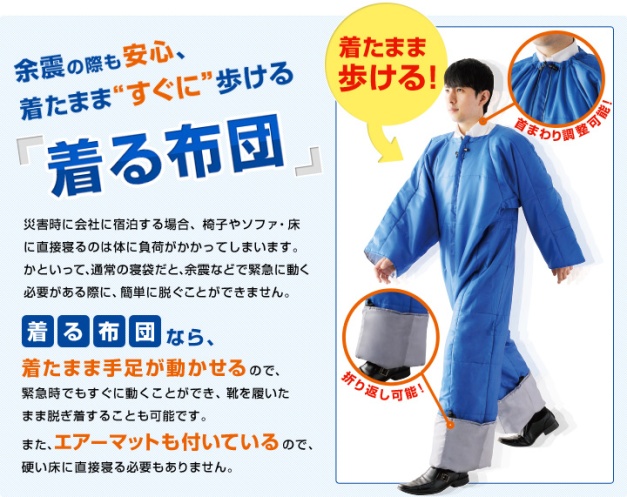 Stylish cuffs, no? It’s nearly as hip as turning up selvedge jeans, except you’re wearing a futon therefore you have gone beyond being trendy and you have lost your damn mind. I like the model’s expression in the picture above. He’s like “Dafuq? Is this really happening?” Maybe that’s why he looks dead in pic 1. He completely lost the will to live in the course of this photoshoot, laid down on the air mat in his wearable futon and gave up the ghost. Joking aside, Japan is a country where karōshi (過労死 “death from overwork”) is actually a thing, so if dressing up in a futon and catching a few Zs means somebody staves off a stress-induced stroke or heart attack then I suppose it would be ¥4,500 well spent.

Also, can I just draw attention again to the marvellous fact that the office supply company is called King Jim? Obviously this kingdom is not big on formality. In Jim’s kingdom everyone probably wears futons all the time. Possibly other soft household furnishings, too. Don’t ever change, O wonderful land of the rising futon-clad salaryman.

One comment on “My kingdom for a wearable futon”