Some advice for writers, from Satan 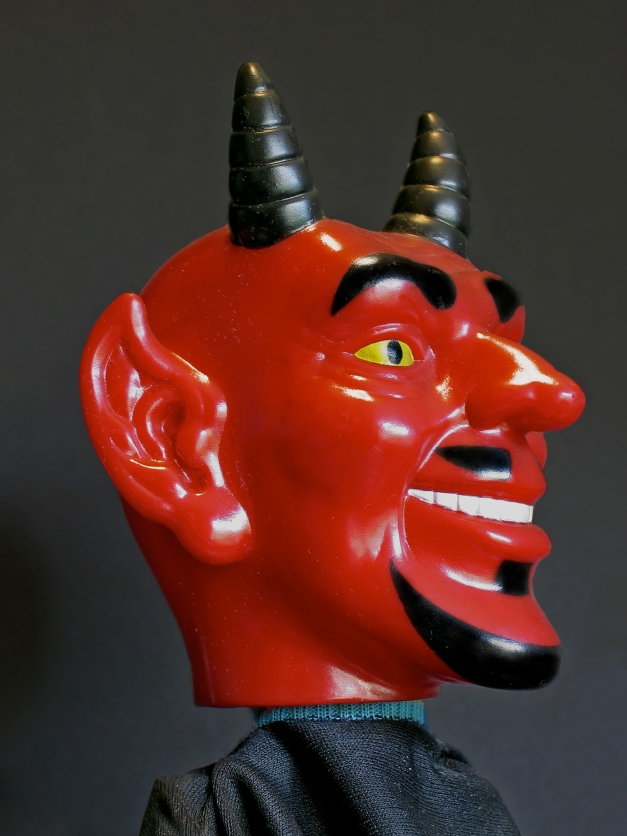 From Marie Corelli’s The Sorrows of Satan (1895), about a failed writer who makes a deal with the devil in fin de siècle London. It’s actually a terrible, repetitive and badly structured book. Nor has Corelli’s prose style aged well. She was very popular at the time, but like many popular writers then and now she hardly bothered writing anything but complete shit once she’d found her audience, with more concern for quantity than quality. She also wrote a (likewise popular at the time) book inspired by Jack the Ripper but the only thing she succeeds at in The Lodger is making the Whitechapel murders seem like a total bore as well. Her not very fictionalised, undigested chunks of rant about the publishing industry are enjoyable, though, perhaps precisely because she was so looked down upon as a writer and took the opportunity to vent her spleen.

The only other slightly interesting thing about this novel is that Corelli invented the name “Mavis” for one of the book’s characters. Thanks to Corelli, “Mavis” was popular for a while before becoming indelibly associated with the kind of frumpy, prematurely aged, parochial, suburban English housewives who were mocked mercilessly by Monty Python and other satirists in the 1960s and 70s, and then by drag queens in the 80s.

“Whoever seeks to live by brain and pen alone is, at the beginning of such a career, treated as a sort of social pariah. Nobody wants him,—everybody despises him. His efforts are derided, his manuscripts are flung back to him unread, and he is less cared for than the condemned murderer in gaol. The murderer is at least fed and clothed,—a worthy clergyman visits him, and his gaoler will occasionally condescend to play cards with him. But a man gifted with original thoughts and the power of expressing them, appears to be regarded by everyone in authority as much worse than the worst criminal.”

“I had also tried, unsuccessfully, to dispose of a manuscript of my own,—a work of fiction which I knew had some merit, but which all the ‘readers’ in the publishing offices appeared to find exceptionally worthless. These ‘readers’, I learned, were most of them novelists themselves, who read other people’s productions in their spare moments and passed judgment on them. I have always failed to see the justice of this arrangement; to me it seems merely the way to foster mediocrities and suppress originality. Common sense points out the fact that the novelist ‘reader’ who has a place to maintain for himself in literature would naturally rather encourage work that is likely to prove ephemeral, than that which might possibly take a higher footing than his own.”

“Revenge is sweet!” he quoted sententiously—” I should recommend your starting a high-class half-crown magazine.” “Why?” “Can you ask? Just think of the ferocious satisfaction it would give you to receive the manuscripts of your literary enemies, and reject them! To throw their letters into the waste-paper basket, and send back their poems, stories, political articles and what not, with ‘Returned with thanks’ or ‘Not up to our mark’ type-written on the backs thereof! To dig knives into your rivals through the medium of anonymous criticism! The howling joy of a savage with twenty scalps at his belt would be tame in comparison to it! I was an editor once myself, and I know !” I laughed at his whimsical earnestness. “I daresay you are right”—I said—” I can grasp the vengeful position thoroughly! But the management of a magazine would be too much trouble to me,—too much of a tie.” “Don’t manage it! Follow the example of all the big editors, and live out of the business altogether,—but take the profits! You never see the real editor of a leading daily newspaper you know,—you can only interview the sub. The real man is, according to the seasons of the year, at Ascot, in Scotland, at Newmarket, or wintering in Egypt,—he is supposed to be responsible for everything in his journal, but he is generally the last person who knows anything about it. He relies on his ‘staff—a very bad crutch at times,—and when his ‘staff are in a difficulty, they get out of it by saying they are unable to decide without the editor. Meanwhile the editor is miles away, comfortably free from worry. You could bamboozle the public in that way if you liked.”

One comment on “Some advice for writers, from Satan”