“The plot didn’t matter at all”

Just some splendid stills from thrillers (mostly) of the 1940s and 1950s, reproduced from ‘Film Noir’ (Alain Silver, James Ursini, Paul Duncan: Taschen). I love Film Noir. ‘Gilda’ is one of the best and most noirish. Above is Rita Hayworth doing a passive-aggressive musical number/striptease in a club to get back at her boyfriend and her ex-boyfriend for their machinations with each other and with her. As you do.

END_OF_DOCUMENT_TOKEN_TO_BE_REPLACED

“A shock-fest for your scare endurance” 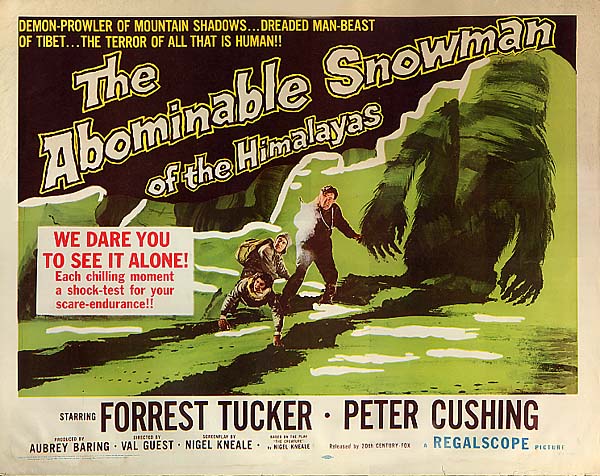 “DEMON-PROWLER OF MOUNTAIN SHADOWS… DREADED MAN-BEAST OF TIBET… THE TERROR OF ALL THAT IS HUMAN!!

A great poster for the 1957 Hammer film production ‘The Abominable Snowman of the Himalayas‘. I’ve not seen the film and I hadn’t heard of it before I found this poster, but look at the pedigree: directed by prolific Hammer hack Val Guest, written by Nigel Kneale of the Quatermass series, starring Peter Cushing. Apparently it was originally a BBC television play, which I should imagine was ineptly made for about £5 as was their wont.

It’s also fascinating how quaint warnings like “WE DARE YOU TO SEE IT ALONE!” are for things like this, half a century on. Most of these films wouldn’t frighten, shock or disturb anybody over the age of ten nowadays.

END_OF_DOCUMENT_TOKEN_TO_BE_REPLACED

More hard drive detritus! I’ve cleaned the images up a lot, because the originals look like somebody–definitely not me– just snapped the pages from some kind of text book. Nothing so methodical or high tech as a scan. As usual I don’t know where these slightly unnerving pictures came from. My highly scientific detective work (playing around with Google Translate for a while) led to the conclusion that the captions are in Slovakian. The drawing of various faceless nude people (last image on this page) has a bit of a prison camps behind the Iron Curtain vibe. Hard to tell the age of them. The somatotype thing came to prominence in the 1940s and 1950s, so presumably these illustrations are from that period or slightly later.

Also as usual, corrections or additional information are welcome.

Typ pyknický presumably means endomorphic type, i.e. prone to fatness, but I like to pretend it means he really loves having picnics, to a fault. Like Yogi Bear. I’m a bit picnicky myself.

END_OF_DOCUMENT_TOKEN_TO_BE_REPLACED 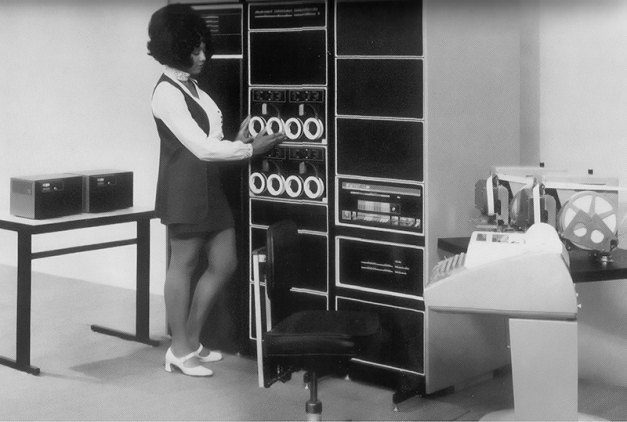 Digital Equipment Corporation PDP-11 with consoles and magnetic tape units, USA, 1970. And do my eyes deceive me, or is the obligatory foxy female operator a foxy African-American woman? Progress! Well, sort of, because she still has to be foxy or GTFO of shot…

END_OF_DOCUMENT_TOKEN_TO_BE_REPLACED 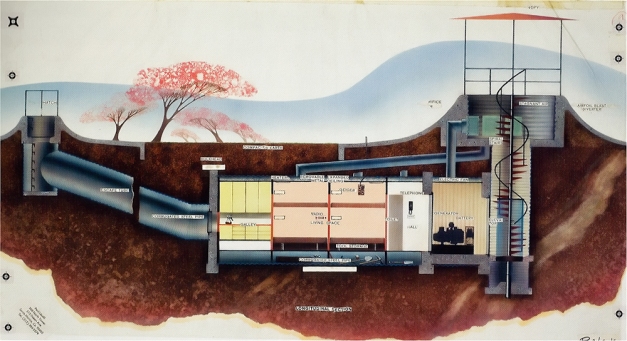 Post-apocalyptic California looks so serene and pretty, doesn’t it? It would have been a shame if there’d been a nuclear war in the 1960s, because only the richest and most paranoid arseholes would have survived, albeit only for slightly longer than everyone else.

How to survive an atomic bomb

Don’t stand too near it when it goes off is what I’m mainly taking away from the diagram. Also put your coat over your head, preferably while you’re dressed like John Travolta in Saturday Night Fever, and don’t panic. You’ll be fine.

Surely it would take an incredibly long time to have a conversation this way, even if the passing pilot had the chart available to consult with?  And anyway, if you need food and water you’d probably be better off going and looking for food and water instead of exhausting yourself by spending hours clearing the ground and collecting all the materials you need, then spending all afternoon laying out a giant F in a forest clearing.

In July I visited Orford Ness, the former military testing site on the Suffolk coast. In the 1930s it was one of the places where the technology that became known as RADAR (RAdio Detection And Ranging, now normalised as an actual word, “radar”) was developed, then it was a base for the Atomic Weapons Research Establishment, and finally it was a powerful radio installation responsible until 2012 for broadcasting the BBC World Service to Europe. It’s now owned by the National Trust. Access is severely restricted and visitor numbers are strictly controlled because of the danger from unexploded ordinance, and to protect an extremely rare and fragile habitat of vegetated shingle. It’s also situated on a long spit that has to be accessed by boat. As you’ll see from the pictures, probably the only way to describe it if you’ve not been there is as a kind of temperate maritime desert. I was there on an extremely rare hot, dry and sunny day when you could walk around without being blown over sideways. Not much can live on the Ness permanently. Despite growing up not far away from Orford, and living in the vicinity on and off over the years, the inaccessibility and isolation of the place plus the fact that I don’t have a car had always conspired to keep me away from a place that I found fascinating. END_OF_DOCUMENT_TOKEN_TO_BE_REPLACED