Minor spoiler warning because this is a discussion of Christopher Nolan’s new film Interstellar, if that kind of thing causes you angst. Nothing that wouldn’t be seen a mile off by any intelligent viewer of the trailer or the film itself, nor is there anything that wouldn’t be seen coming at interstellar distances (GET IT?) by any science fiction fan. 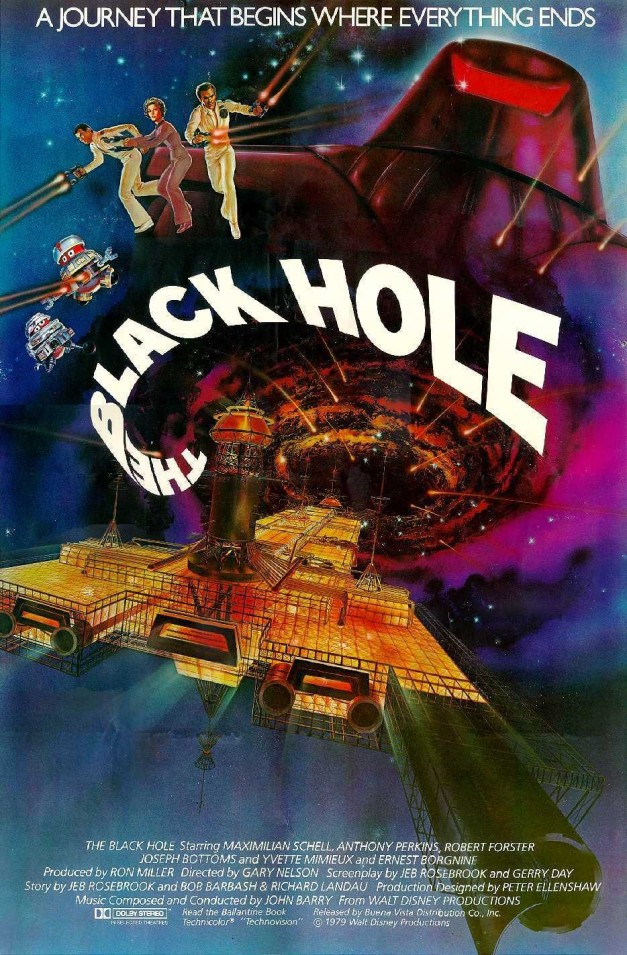 Thanks for all your help, sarcastic robot!

Interstellar is the story of three middle-aged white rappers who talk and gesticulate into a fish eye lens while a giant octopus monster fights a huge robot… no, wait… this is the plot of the video for Intergalactic.

The real Interstellar is a really well-crafted film with some beautiful imagery and design. Despite being an overlong and self-indulgent movie, the nearly three hour running time doesn’t feel like you’ve been wasting your life, despite parts of it seriously dragging on and outstaying their welcome. Certainly it’s better for a film like this– i.e. one that tries to be at least somewhat thoughtful and credits its audience with a little intelligence– to be hyped as the film of the moment than it is for utter shit like Teenage Mutant Ninja Turtles or some ghost train jump scare horror movie to dominate the landscape. Apparently working out how to depict some of Interstellar‘s spacetime phenomena has directly helped the understanding of real astrophysics, and there can’t be many films or film makers who can say that.

Interstellar is actually about an intergalactic space mission via a wormhole, so its title is wrong for a start. Probably we have The Beastie Boys to blame for making it impossible that somebody as pathologically serious as Nolan could use it as a title for his film. On the evidence of his films to date, including Interstellar, he and his brother obviously also have major parental abandonment issues that they should work out with a therapist so they can move on with some new ideas in their scriptwriting. Like all of Nolan’s films it’s far too long and somebody ought to have the guts to make him lose at least 45 minutes from his running times. It’s ironic that Interstellar mentions relativistic time dilation so much, because each one of the scenes involving action or movement seemed to go on for longer than the entire three hours I was sitting in the auditorium, and not in a good way. He is not a great editor, or director of editors. Inception played to this weakness, or at least masked it, because time being stretched out was part of the plot. In general, though, action sequences shouldn’t make you want to look at a clock to see when they’re going to end. 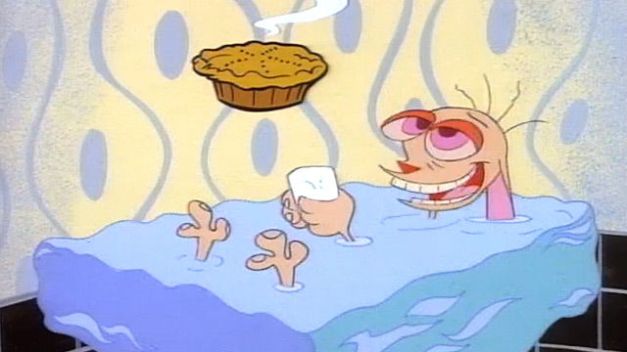 Matt Damon in Interstellar: “They all think I’m crazy, but I know better. It is not I who are crazy. It is I who am MAD! Can’t you hear them? Didn’t you see the crowd?”

From the moment he appears on the screen, Matt Damon is obviously suffering from the SPACE MADNESS that countless good, bad and indifferent sci fi films have hammered to death as a plot device, not to mention it being a fixture of Star Trek, and every other sci fi show getting around to it eventually, as satirised perfectly in the eponymous Ren & Stimpy cartoon. No amount of Nolan solemnity can divert from the fact that this character is not very far away from floating around raving and eating soap like an animated chihuahua, especially with Chekhov’s manically disassembled robot (cf. The Black Hole) prominently featured just before Damon’s character appears. The carefully described relativistic physics and kitchen sink futurism of the first two thirds are unceremoniously airlocked in a ridiculously anthropocentric and cheesy final act because apparently love can break spacetime in your favour. A black hole is no biggie if you do a Peter Pan and simply believe enough, although Interstellar is still about 90% less saccharine than the similar Gravity. It’s not quite as logical or realistic as the All You Need is Love denouement of Yellow Submarine, though.

Michael Caine. Again. We get it, Chris, you want him to be your dad. Take it somewhere private.

The entire film could be compared to a pizza with lots of toppings; it’s clearly one item, quite a delicious one in fact, but it’s still basically junk food and all the pieces it’s made from are unavoidably obvious. To mention just a few: Transcendental space trips from 2001. Also HAL 9000 and the black Monolith from the same film, mashed up into a sardonic cuboid Jonathan Ives iRobot. On the subject of clunky, sardonic robots the most direct and therefore laughable comparison is again with Disney’s atrocious The Black Hole, but there’s also Moon, Wall-E, Forbidden Planet, K-9 from Doctor Who and even, shit, Buck Rogers in the 25th Century. Oh, hey, there’s the scene from Aliens where Ripley wakes up on a space station. There’s the space hangar from Star Wars and Battlestar Galactica, et al. I wonder if somebody’s going to sneak in and steal one of the spacecraft because the hangar has inexplicably lax security? The barren inscrutability of alien planets from both radically different film versions of Solaris– somehow– plus a large dollop of the latter Soderbergh version’s 12 step-esque emphasis on transcendence through hitting rock bottom. There’s the romantically run down dustbowl near future farm house from Looper. Blatant self-plagiarisation of the gravity-shifting punch up, upside down buildings and nested timelines from Inception, though with greatly diminished returns.

There are even some large, distinct and undigested chunks of Farscape, although I doubt Nolan would ever admit to watching Farscape. He did use a Muppet as part of the main cast, though (Anne Hathaway). She urgently needs to learn more than two facial expressions, but she deserves some sympathy for having to deliver the mostly incredibly cheesy speech about love, in which both the love and the speech itself come from absolutely nowhere. It’s one of several sermons that bring the film to a screeching halt, but she does the best she can with it. Not last and not least– sardonic cuboid robots preserve us– there’s a last act story beat involving a deliberate plunge into a black hole, ripped whole from The Black Hole. At least there isn’t a wild west style shootout with laser guns.

It’s a tribute to Nolan’s strengths as a film maker that Interstellar is at least worth slightly more than the sum of its parts. It would just be nice if those parts were assimilated enough that it didn’t feel like a stumbling Frankenstein’s monster made of sci fi tropes and not the more philosophical, internal exploration it’s obviously aspiring to be. The same plot could have led to a wonderful, genuinely moving film under the directorship of somebody who approached it as magical realism instead of having the mentality of a kid playing with toy spaceships. 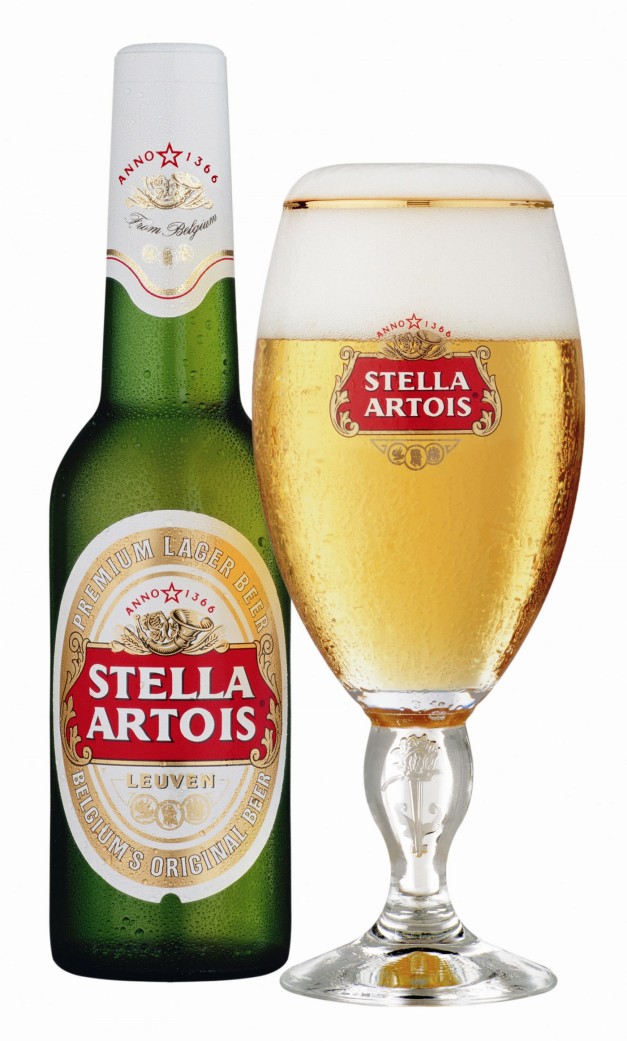