“In the plane, you died… do you remember that?” 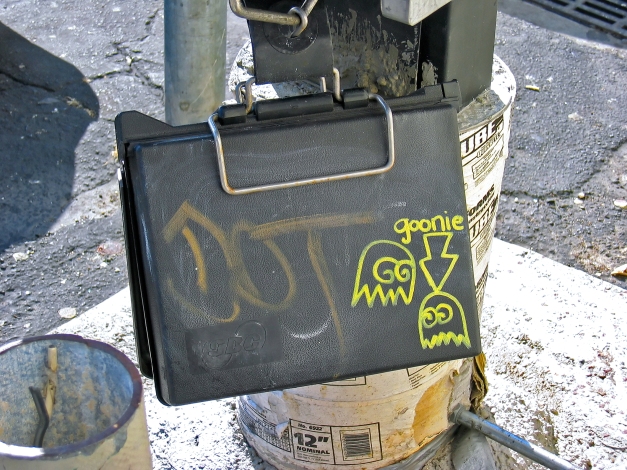 I’ve been listening to a set of CDs called Okkulte Stimmen [“Occult Voices”]: Recordings of unseen intelligences 1905-2007. As the name suggests, it collects audio by spirit mediums and paranormal investigators of supposed ghosts, poltergeists and possessions. If you’ve read much on parapsychology or the occult, you’ll probably have seen reference to several of these cases and the fact that recordings exist of them even though they’re rarely heard. Actually listening to them is a revelation. It’s abundantly clear why partisans and believers of the paranormal generally don’t encourage or facilitate anybody hearing with their own ears what should be primary evidence: most of the recordings are absolutely bloody ridiculous. A good number of them document blatant fakery that wouldn’t convince anybody who wasn’t already deluded beyond any capacity for rational assessment, and operating on pure faith. On several of the Okkulte Stimmen recordings people can clearly be heard giggling in the background as the supposed “spirit rapping” or possession takes place.

In a similar vein, the Electronic Voice Phenomena popularised by Raymond Cass and his ilk in the 1970s are clearly stray snippets of professional radio or television broadcasts plus a dash of projected biases from the listener combined with a heavy dose of wishful thinking. Cass was either wilfully deluded or simply mentally ill if he seriously thought that fragments of Eastern Bloc propaganda musicals bouncing randomly and momentarily through the atmosphere were special messages directed at him personally.

This recording is related to the famous Enfield poltergeist case (link to Wikipedia, where it is rightly noted that the article’s factual accuracy is disputed and that citations are definitely needed for statements about young girls putting on voices being “medically impossible”) This instance of hauntings and possessions is often presented as a spectacular and “proven” case of the supernatural. On the contrary, one of the girls involved admitted even at the time (circa 1980) to orchestrating many of the occurrences.

In this recording the speaker is- I think- Margaret, even though she states that “Margaret’s asleep”. To my ears this recording is evidence of something other than an unseen world beyond; evidence perhaps of girls driven to desperate and bizarre measures to secure the attention they apparently crave, but that’s all. Note the last twenty seconds or so, in which somebody else (presumably her sister and room mate Janet) cries out for help because her sister is possessed but by the sound of it apparently can’t prevent herself from cracking up with laughter. Let’s face it: having a malevolent, foul-mouthed old dead man commandeer your sister’s body would be hilarious. The other Enfield “possession” recording on Okkulte Stimmen also features one of the girls giggling and being shushed in the background, while an investigator who sounds distractingly and surreally like the late, great Ken Campbell ascertains that Evil Bill the nasty spirit is apparently incapable of doing anything more malevolent that tipping up a seat or throwing a book out of the window.

The girls and their poltergeist did eventually, however, make another lasting contribution to culture by inspiring Steven Volk’s brilliant, macabre BBC mockumentary from Halloween of 1992, Ghostwatch. Unlike the real original recordings, the fictional version was disturbing enough to unleash mass hysteria and a tabloid moral panic. Distraught parents also blamed it for the suicide of their son, a boy with learning difficulties who became obsessed with the show. I saw Ghostwatch again recently (on Halloween, actually) and I’ll be writing something about it here soon.

The medium Leslie Flint- who insisted upon conducting his seances in the dark for reasons I cannot possibly imagine- turns Oscar Wilde into a harrumphing, evasive old bore who’s clearly playing for time. Good practice, though: Flint recycled this voice and persona when he did Winston Churchill. He also does a totally absurd spirit-drag take on Charlotte Brontë that makes her sound like a cross between Audrey Hepburn and Bambi. Oh well, at least he didn’t at any point exclaim “… a HANDBAG?!”

To me this is one of the very few Okkulte Stimmen recordings that’s actually chilling. The scenario and the mediumship are hardly less ridiculous than any of the others, and the information coming through is far too on-the-nose to be a plausible communication from somebody so confused they’re not even sure if they’re alive or dead. Have you tried having a sensible conversation with somebody who’s seriously ill with flu, even?  And I should imagine being a disembodied spirit with no vocal apparatus or corporeal body is considerably more demanding of your mental resources and your conversational skills than the huge challenges faced by a living person with senile dementia or throat cancer.

The advice given is total crap, as well. “Go towards the light”?  “In the plane, you died”? The exorcist or investigator or whatever he is sounds like a total dick. Oh, right, thanks for the info. I never thought of that in the forty years I’ve been haunting this frigging deserted squash court in East Anglia.

Nonetheless, this one makes me shiver. I know why, too: not because it sounds real but on the contrary because it actually sounds like something from an unnerving film or a TV show. It’s like an out take from a particularly disturbing and baffling episode of Sapphire and Steel. That hyperventilating whisper-voice is nightmarish, especially the predictable but still hair-raising “…help us.”