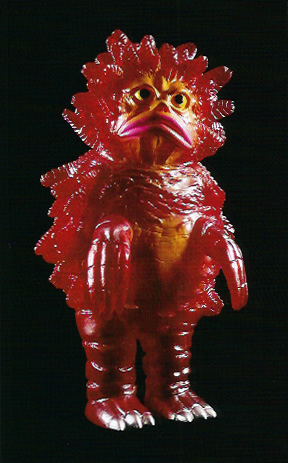 Pigmon. It’s the expression that makes this one magnificent. Prawn hands? Feathers? Pink lipstick? DEAL WITH IT.

I don’t know much about Ultraman or the context of the characters depicted here, except that it was a Japanese tokusatsu (特撮 “special effects”) TV series from the 1960s involving battles between the title character and various kaiju (怪獣 usually translated as “giant monster”, though it’s more like “strange monster”) of the kind best known to Western audiences in the form of Godzilla. It still looms fairly large in Japanese culture via various spinoffs, sequels, reboots and vinyl figures based on characters from the show. I got a catalogue of the figures in Tokyo a few years ago, mainly because I liked the pathos of these endearingly crappy monsters. On the other hand, I suppose even Pigmon would be legitimately terrifying if it was really the size of a building and it came crashing down onto your house.

In classic Japlish style the book’s katakana title reads as something like “Neo Ultra Monsters Vinyl Complete Album”, and its pages record in exhaustive and occasionally amusing detail the imagination of the show’s costume designers. Or their lack of imagination, in some cases. The pictures are scanned from the book, which has hundreds of examples, every one beautifully photographed and catalogued.

Alien Baltan II. Cicada’s faces do look like aliens, although the main thing that’s disturbing about them is the fact that their faces are big enough for you to notice their faces. 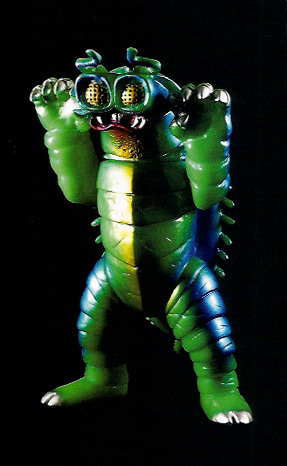 Kupukupu. Imagine it five storeys tall and crawling through your town. Lovecraftian.

Draculas. It’s the S that makes it not a rip off of Dracula. 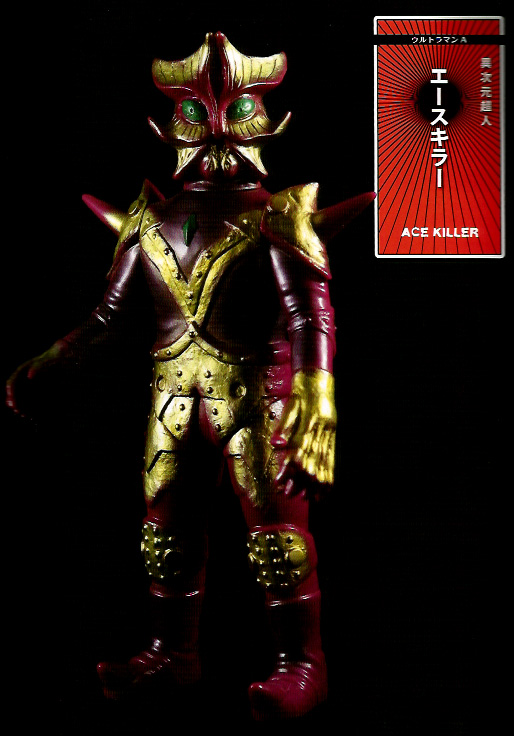 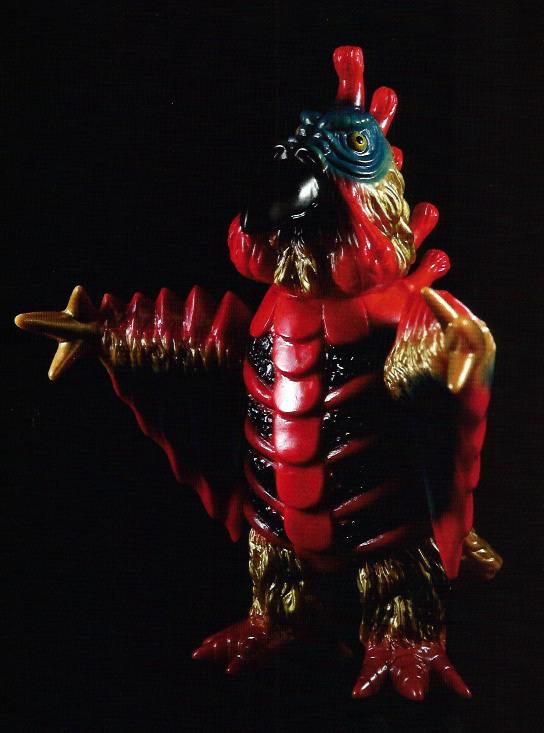 Birdon. It’s December and he does NOT want to talk about being your dinner.